‘BIG AUSTRALIA’ SHOULD BE AN OPPORTUNITY RATHER THAN A THREAT, SAYS IPA 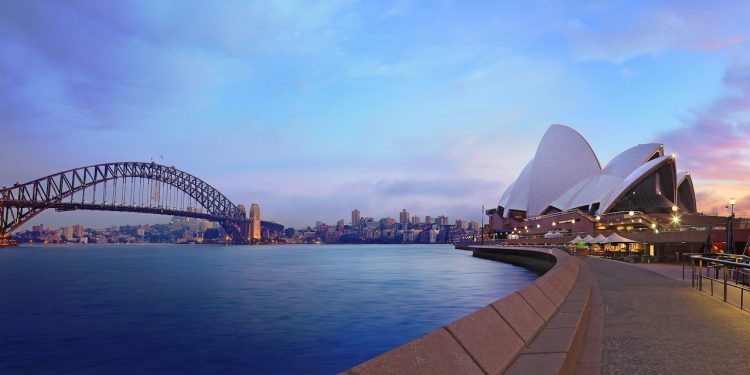 Australia’s strong population growth – which could result in an extra 20 million residents by the 2050s – should be seen as an opportunity to build world-class infrastructure rather than as a threat, according to the peak infrastructure industry body.

But with infrastructure in the three biggest cities, Sydney, Melbourne and Brisbane, already stretched to capacity, some believe there needs to be some cap on population growth, including immigration, which has become a hot-button topic for some conservative politicians, including former prime minister Tony Abbott, and Pauline Hanson’s One Nation.

The rise of electric vehicles and driverless cars could also have an impact on congestion as more non-fuel cars hit the road, while at the same time potentially blowing a hole in government revenue.

Ahead of The Australian Financial Review’s Infrastructure Summit, which begins in Sydney on Monday, Infrastructure Partnerships Australia chief executive Adrian Dwyer said strong population growth – from births and overseas and interstate migration – was a good problem to have.

Australia’s population growth was 1.6 per cent to the end of last year, according to the most recent figures from the Australian Bureau of Statistics, lead by Victoria (2.4 per cent), the ACT (1.8 per cent), Queensland (1.7 per cent) and NSW (1.6 per cent).

“Most of the Western world would be envious of Australia’s population growth because growth is a good problem to have,” Mr Dwyer said.

“We can’t be passive about the way we prepare for this growth. We need to be active, and get ahead of the curve in delivering roads, rail lines, schools and hospitals. We’re not going to solve Australia’s growing pains by arguing about the growth number, instead of delivering the infrastructure.”

Economist Saul Eslake said strong population growth should kick-start infrastructure projects and economic activity, but recent decades have shown state governments have failed to keep “ahead of the wave” as aversion to public debt has partly resulted in the big states constantly playing catch-up.

“I’m not optimistic [about keeping on top of infrastructure needs]. Simply, we have been playing catch-up,” he said.

Productivity Commission chairman Peter Harris last month said Australia needed to bite the bullet on road-user charging in the next few years before the disruptive influence of electric vehicles and more fuel-efficient cars blows a hole in government revenue.

Describing the inability of Australia to embrace road pricing as the “greatest failure of my time in infrastructure”, Mr Harris said the failure of successive governments to sell the idea of paying for a quicker trip home or to work was a key reason for user charging always being left in the “too-hard” basket.

The concept of a “big Australia” has divided politicians for years. Former NSW premier Bob Carr once declared “Sydney was full”, while Mr Abbot said Australia’s quality of life would improve if immigration levels were cut in half. Supporters of population growth say a targeted skilled migration program kick-starts economic activity.

Either way, there are more roads, bridges and tunnels to be built to cope with the growing population. Some states, like NSW, have the cash to be able to embark on big-spending infrastructure programs, courtesy of its $20 billion electricity asset sales bonanza, which has allowed them to fund an $80 billion infrastructure plan over the next four years.

Even still, some would argue whether the Berejiklian government has not made enough of a dent on a worsening traffic problem, with key bottlenecks throughout the road network.

Victoria has also dipped into its coffers to fund a $13.7 billion infrastructure program this financial year, with the Labor government also bringing in the private sector to help deliver upgrades for 13 arterial roads across the northern and south-eastern suburbs of Melbourne via a public private partnership.

Other more cash-strapped state governments, such as Queensland, do not have the fiscal flexibility to fund big-spending infrastructure projects given their opposition to asset sales, which left them excluded from the federal government’s $5 billion asset recycling initiative.

The Palaszczuk government’s No.1 infrastructure project, the $5 billion Cross River Rail, has been languishing on the drawing board for almost 10 years, with the Liberal federal government refusing to fund it at all, forcing the state government to take on the project itself.

The Turnbull government spruiked a $75 billion spend on infrastructure over the next 10 years in last month’s budget, including $24.5 billon in new funding. But the headline figure includes a number of potential equity injections into projects, such as Melbourne’s $5 billion airport rail link, which allows Treasurer Scott Morrison to take the spending off-budget and improve the bottom line.

But the IPA said the “big spending” infrastructure budget will result in a reduction of $2 billion over the next four years, saying there needed to be $10.7 billion put back into the budget for infrastructure to deal with a growing population and congested cities.