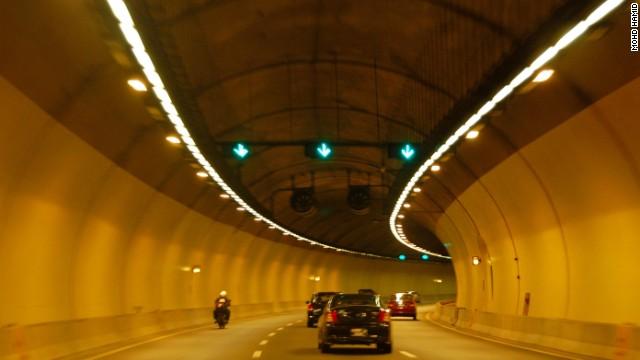 The Department for Transport (DfT) of the UK government has approved the Silvertown Tunnel PPP project. This involves the construction of a 1km twin-bore road tunnel under the River Thames, connecting Silvertown, on the north bank of the river, to North Greenwich, in east London. It is estimated to cost GBP1 billion (US$1.36 billion).

The DfT has granted a development consent order (DCO) for the project, enabling construction to start next year. The tunnel is scheduled to open to traffic in 2023.

The tunnel is conceived as an alternative to the Blackwall Tunnel, the existing connection between the Isle of Dogs and the Greenwich Peninsula. Users regularly face delays of 20 minutes or more during peak hours, leading to around one million hours being wasted in queues every year and costing the economy an estimated GBP10 million (US$13.57 million). When incidents cause the tunnel to close temporarily, 5km-long queues can form in under six minutes.

The order should enable the long-awaited award of the PPP contract. As reported on this platform, the tender to design, build, finance and maintain the project was launched by Transport for London (TfL) in October 2016. Three consortia were shortlisted in March 2017.

The government’s decision on the DCO was initially scheduled to be announced in October 2017. Frustration has evidently been felt at the delay — one of the shortlisted consortia pulled out of the tender earlier this year.

TfL has stated that it now aims to confirm a preferred bidder in winter 2018 and award the contract in early 2019 so that construction can begin later next year.

The DCO was awarded with a number of conditions. More than 20 buses must travel through the tunnel an hour and the successful bidder must obtain planning permissions to transport construction materials down the river. TfL must also secure a hazard substance license from Greenwich council, due to the tunnel running close to a potentially hazardous chemical storage plant on the Greenwich Peninsula. Obtaining these consents may delay the opening of the tunnel.

TfL will fund the availability payments to be made to the concessionaire once the tunnel is operational through a user charge on both the new tunnel and the Blackwall Tunnel. The exact charge levels for various types of vehicles using the tunnel will be decided closer to the opening date.

May 10, 2018, Bristol Hotel, Public Debate of the Nistrean Fence Project concept
REVISED DPR FOR SURAT METRO RAIL PROJECT TO BE APPROVED THIS MONTH-ENDSOON