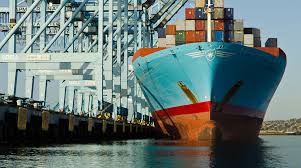 Abu Dhabi Ports has signed a 30-year concession agreement with Mediterranean Shipping Company (MSC), based in Switzerland, to establish a new container terminal at Khalifa Port. Located 60km east of the city centre, the port is the flagship deepwater port of Abu Dhabi. It was inaugurated in December 2012.

The concession agreement commits MSC to increasing the number of ship-to-shore cranes from 12 to 25 of some of the most technologically advanced in the world, over the next two years. In addition, MSC will deepen the port’s berths, making Khalifa Port the first port in the region capable of receiving the largest shipping vessels in the world that specialise in bulk cargo shipment.

MSC will invest a total of AED4 billion (US$1.1 billion) over the life of concession agreement in operational equipment.

This agreement follows Abu Dhabi Ports‘ acquisition of full ownership of the existing container terminal at the port. A 30-year concession agreement to operate and manage the terminal was awarded to a joint venture comprising the authority, Mubadala Investment Company and infrastructure fund manager Mubadala Infrastructure Partners in 2012. Last month, it was announced that ADP is buying out the other shareholders for an undisclosed sum.

Over the next five years, the capacity of two container terminals at Khalifa Port is expected to increase to more than 8.5 million TEUs annually. Abu Dhabi Ports intends to develop a regional hub at the port.

The new container terminal represents one of MSC‘s strategic investments as one of the world’s leading container shipping lines. MSC plans to gradually shift some of its container handling in the region to Khalifa Port, starting July 2018. This is set to increase Khalifa Port’s capacity from 2.5 million TEUs in 2017 to 5.3 million TEUs by 2020, making it one of the top 25 ports worldwide in handling containers, beginning of next year.