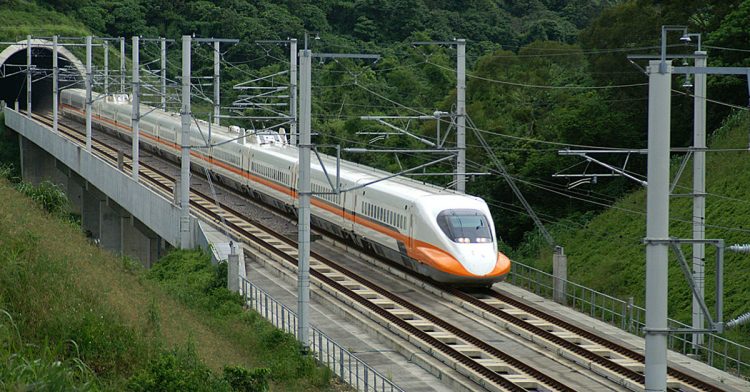 Vietnam is once again talking about a high-speed train linking Hanoi in the north with Ho Chi Min City (HCMC) in the south. However, by the time the North-South express railway is complete very few of today’s lawmakers are likely to be alive to wave off the first train.

First mooted following a visit to Japan by then Vietnam prime minister, Nguyễn Tấn Dũng in 2006, during which official development assistance (ODA) was promised for the project, plans for the Vietnam high-speed train were axed in 2010 when the expected $33 billion cost for the project came in at $56 billion.

Originally envisaged to be constructed over a six year period, the planned 1,630 kilometre (about 1,010 mile) route would have been 70 per cent funded by the Vietnam government, mostly through Japanese ODA, with the state-run Vietnam Railways picking up the balance of the tab.

Eight years after baulking at the $56 billion price tag, Vietnam is once again considering a Vietnam high-speed train connecting the north to the south.

Last November Prime Minister Nguyễn Xuân Phúc announced that the Ministry of Transport’s (MoTs) final plan for the North-South express railway will be submitted to the 496-member National Assembly (NA) for consideration in 2019, which deputy minister Nguyen Ngoc Dong confirmed in January.

According to local media reports the latest proposal will see the North-South express railway route reduced to some 1,570-kilometres (980 miles) and come with an estimated $55.85 billion price tag. Given the project’s past it is difficult to see how that is a realistic figure. The MoT did not respond to requests for a current estimate of the project’s cost.

Comprising a double-track standard gauge (1,435mm (4 ft 8 1⁄2 in)) line, the Vietnam high-speed train will have a design speed of 300 km/h (186m/ph) and utilise Japan’s Shinkansen (“bullet train”) technology to cut the journey time between the two cities from the current 30 hours to less than seven hours.

However, the Shinkansen will be the only fast thing about the Vietnam high-speed train project. The entire North-South express railway is not expected to be completed until 2050.

If the NA approves the Vietnam high-speed train it is thought that the original 2010 concept of two segments, one in the north and the other in the south, will be constructed between 2020 and 2030. The bit in the middle connecting HCMC and Hanoi will not be completed for 20 years after that.

If Vietnam lawmakers had bot baulked at the price, Vietnam would be close to completing the entire project now, with two high-speed sections already operating.

In addition to the project cost, albeit with most offset by Japanese ODA, is the energy requirements to run the train.

A net importer of electricity since 2015, the Vietnam Energy Outlook Report 2017 by the Danish Energy Agency (DEA) forecasts Vietnam electricity demand through natural growth to increase by 8 per cent annually on average until 2035, after having grown at 9.5 per cent/ year between 2001 and 2015.

To meet this demand it says an additional 93 GW of power generating capacity is needed, with half to come from coal-fired power plants, and 25 per cent from renewable energy.

Hold The train. Metro’s Yet to Come Online

While Vietnamese wait to see if their government will fund the slow evolution of a North-South express railway, work is progressing on Ho Chi Minh City Metro and the Ha Noi metro, though at no alarming breakneck speed.

Originally proposed in 2001 and under construction since 2008, the Japan International Cooperation Agency (Jica) managed and 83 per cent Japanese ODA funded first 19.7-kilometre (12.25-mile) section of the HCMC Metro is not expected to open until 2020, after plans for a 2014, and subsequent to that a 2018, opening were shunted into a siding.

In the north of the country Hanoi’s first metro line is also creeping along, with the “early 2018” forecast that came after the scheduled December 2016 deadline went whooshing past looking increasingly unlikely, as too is the unofficial suggested November 2018 date.

Meanwhile HCMC is waiting for approval from the MoT, Prime Minister, and NA for an almost $5 million, 200k/ph (124m/ph) double-track, wide-gauge line connecting it with the Mekong delta capital of Can Tho almost 200-kilometres (124-miles) away, after having signed an MoU with Canada’s MorFund Financial Inc., to source funding for the proposed public private partnership (PPP) project.