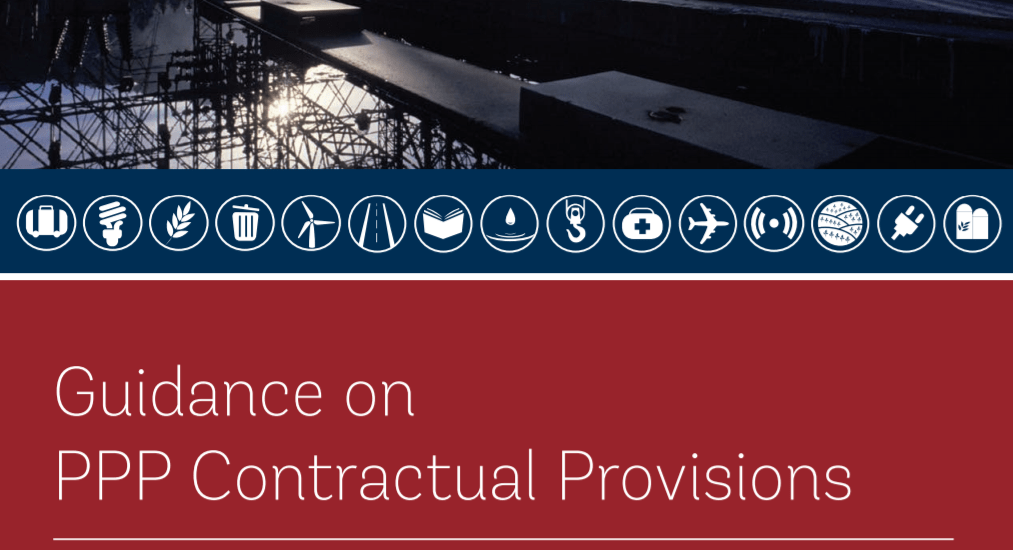 What are the key considerations for a public authority when drafting a Force Majeure provision in a Public-Private Partnership (PPP) contract? What are the differences between emerging and developed PPP markets in treating Change in Law clauses? And are there particular legal matters that need to be contemplated in a civil law jurisdiction rather than in a common law country when dealing with termination payments under a PPP agreement?

These are only some of the questions the World Bank Group’s recently-published Guidance on PPP Contractual Provisions, 2017 edition aims to address for the benefit of public authorities (contracting authorities) involved in PPPs. This blog is the first in a series of posts that will discuss and explore the issues covered in the 2017 Guidance.

The rationale: No ‘one size fits all’…

While PPPs are widely used to develop particular infrastructure projects, their complexity often means that such transactions are heavily negotiated. Considerable time and cost is spent preparing the PPP contract between the respective contracting authority and the private company (private partner). To shorten the negotiation process and reduce expenses, several countries, including the United Kingdom, South Africa and India, have developed standardized PPP contracts for infrastructure projects in various sectors, such as power generation, roads or railways.

By contrast, complete PPP contracts have, to date, not been developed on an international basis given the differences between legal systems around the world, the variety of PPP transactions globally, and the need for customized contractual provisions to fit the individual characteristics of specific projects.

… but getting to common standards …

Against this background, the 2017 Guidance focuses on eight selected provisions encountered in virtually every PPP contract/structure to assist contracting authorities, particularly those in emerging markets, with obtaining a common and better understanding of the contractual language typically used in each of these cases.

The clauses that are set out comprise:

At the same time, the 2017 Guidance details key considerations for contracting authorities to bear in mind when developing these provisions for their own specific PPP projects in their own jurisdictions. Some key matters outlined concern differences between legal systems (civil law versus common law) and between emerging and developed PPP markets. These may require modifications to the language used in, for example, a typical Force Majeure or Refinancing provision. In addition, the 2017 Guidance contains considerations for contracting authorities related to bond-financed and corporate financed PPP transactions. These are helpful in instances where alternative sources of finance other than long-term commercial bank debt (the mechanism commonly used to finance PPP projects) have to be explored by the private partner.

… as part of an evolving process

In line with the overall aim of the 2017 Guidance, this blog series is part of an evolving process, with further entries on the contents of the 2017 Guidance to follow in the coming months. By doing so, we hope to solicit and collect further feedback on the contractual provisions from all relevant stakeholders. Your input will help in regularly reviewing and updating the document.

As we continue to disseminate and promote the 2017 Guidance, we look forward to receiving your comments— either on this platform or during future events featuring its contents, such as the first African Roundtable on Infrastructure Governance to be held in Cape Town, South Africa on November 2-3, 2017, hosted by the Development Bank of Southern Africa and sponsored by, amongst others, the World Bank Group, the African Development Bank, the Global Infrastructure Hub and the Organization for Economic Co-operation and Development.

Filling the local PPP capacity gap in Brazil: how the CP3P program can help
How to foster a more inclusive environment for SMEs in PPPs?