OUTLOOK FOR VIZAG PORT BRIGHT IN NEAR FUTURE: CHAIRMAN 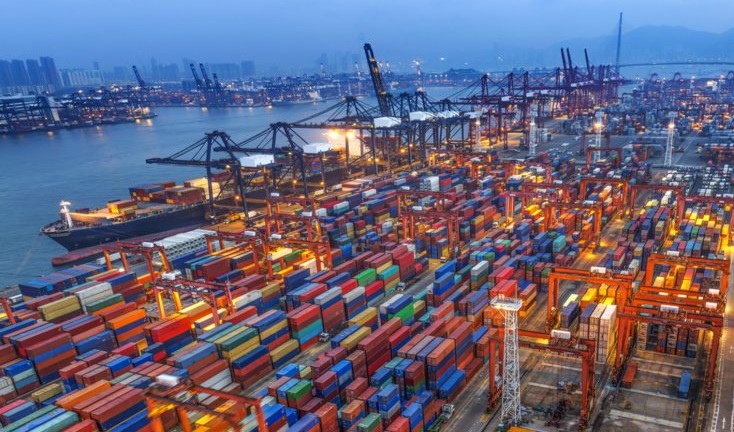 The Visakhapatnam port is looking ahead at a bright patch of 2-3 years ahead and by the end of 2020 the port may be handling around 85 million tonnes of cargo or so, up from the current level of 63 million tonnes, according to Chairman MT Krishnababu.

“Coking coal and steam coal have gone up and thermal coal and iron ore have declined, but the overall performance has been satisfactory in spite of stiff competition from the neighbouring private ports,” he said and added that the target for the current financial year is 68 million tonnes.

He said the port, which was in the fifth position last year at the national level, had now risen to the fourth, with Kandla, Paradip and JNPT being ahead of it.

Krishnababu said the port was adjudged the second cleanest in the country. He said a number of projects were in execution in the port, some of them in the public-private partnership (PPP) mode and some with port’s own funds, and some of the PPP projects were facing certain difficulties but the port had sent some proposals to the Union Ministry of Shipping to sort out the issues regarding storage charges and related matters.

“The projects are on the whole going on very well and we foresee no major hurdles. After the completion of these projects, the capacity of the port will rise to 133 million tonnes and we are aiming at 85-90 million tonnes of cargo by 2020-21, which is quite acceptable,” he said.

He said the port had spent ₹250 crores on its own projects and roughly ₹600 crores had been spent on the PPP projects during the year.

“The Essar iron ore handling complex (OHC) (₹600 crores) was commissioned during the year and two berths have been completed on the west quay and two more will be completed during the current year. Once we get the environmental clearance, we will begin work on oil berths (OR -1 and OR -2),” he said.

He said that for the first time the port was contemplating covered storage facility for bulk cargoes, the main stay of the port, and it had appointed a consultant.

“We are planning storage and handling facility for 2.5 lakh tonnes of cargoes, at a rough cost of ₹125 crores or so, in 20 acres. Studies are underway,” he said.

He said the port was taking all pollution control measures such as construction of a wall, sprinkling of the cargo and monitoring of pollution levels so as to make it easy for the residents, as it is a city-based port.

On the rail projects on the port premises, the port would spend ₹150 crores out of its own funds, he added.

Under the Sagarmala programme, he said, the port had sent proposals to the ministry for five major projects at a cost of ₹2,000 crores and the detailed project reports were getting ready. In-principle clearance has been given for them.