MegaProject 1226: US$2.8 billion financing for bridge-highway project in Turkey 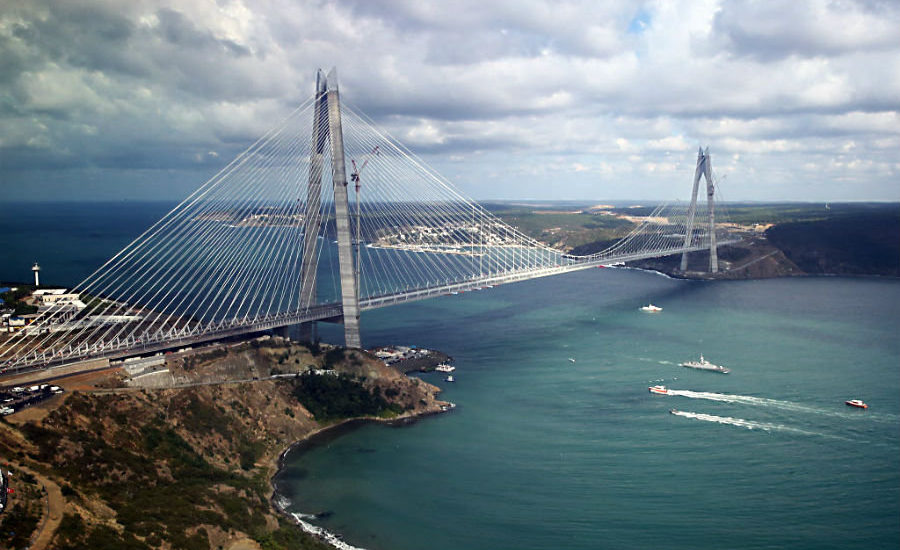 This article is part of a daily series of MegaProjects articles. If you want to know more about PPP projects with a considerable size visit our MegaProjects section. You can receive them by email on a daily basis.

Çanakkale Otoyol, the owner of the 1915 Çanakkale Bridge and Highway project, has announced that it has secured EUR2.3 billion (US$2.83 billion) financing from a consortia of 24 banks and institutions from ten countries. The project involves the construction of the longest suspension bridge in the world in north-west Turkey. The total estimated value is EUR3.1 billion (US$3.85 billion).

Çanakkale Otoyol was formed by the South Korean-Turkish consortium that won the project in February 2017, which includes SK Engineering & Construction Co. and Daelim Industrial. The team will build and operate a 3.7km highway connecting Malkara to Çanakkale, the majority of which will cross the Dardanelles Straits through the 1915 Çanakkale Bridge.

With 2,023m between the towers, the bridge will be the longest suspension bridge in the world. It will connect the Gelibolu and Lapseki districts of the Çanakkale province. The consortium will operate it for 16 years, after which time ownership will be transferred to the Turkish government.

The loan will be paid in 15 years with a five-year grace period.

Around 70% of the financing was secured from foreign institutions. Though substantial contributions were made by Turkish lenders, including Akbank, Finansbank, Garanti Bank, İş Bank, Vakıflar Bank, Yapı Krediand Kuveyt Türk.

According to Çanakkale Otoyol‘s statement, Export-Import Bank of Korea (KEXIM) and Korea Trade Insurance Corporation (K-Sure) together offered the biggest loan package that any Turkish project has ever secured.

Prior to Çanakkale Otoyol’s announcement, K-Sure announced that it was providing EUR400 million (US$491.9 million) to the project. This financing has been offered with a medium and long-term export insurance that allows the project owners to get a long-term loan at a low rate of interest, on the condition that South Korean firms participate in the project.

Construction of the bridge began last year, with a groundbreaking ceremony held on the 102nd anniversary of the Çanakkale War. It is due to be completed in 2022.