IDEP Moldova organized a visit to 8 mayoralties for collaboration, including possible twinning, in Galati County, Romania 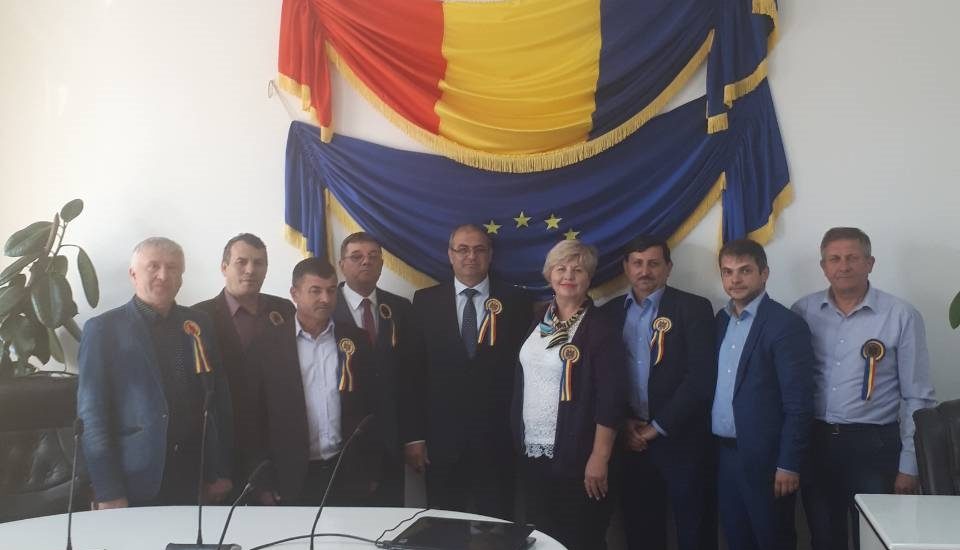 Today, April 23, 2018, IDEP Moldova organized a visit to 8 mayoralties for collaboration in the county of Galati, Romania. The participants of the working group were the mayors of Ivancea, Pelivan, Zărneşti, Calfa, Moldova, where they had constructive discussions with the mayors of Iveşti, Cudalbi, Munteni, Valea Mărului, Galaţi.
It was also possible to set the principle of the similarity of the challenges of the localities with twinning potential:
1. Iveşti, Galati county, Romania with Ivancea, Orhei district, Republic of Moldova;
2. Cudalbi, Galati county, Romania with Pelivan, Orhei rayon, Republic of Moldova;
3. Munteni, Galati County, Romania with Calfa, Anenii Noi District, Republic of Moldova;
4. Valea Marii, Galati County, Romania with Zarnesti, Cahul District, Republic of Moldova.
It is to be discussed at the following local councils in the identified localities as possible twinning for the start of the procedure, the approval of the council in both localities, the approval of the institutions of the supposed twinning and the planning of the various projects to be carried out within the established partnership!
The topics of the collaboration for the next period are the application of the 8 partner localities established following the today’s trip included the possible cooperation as partners to the open funding opportunities for cross-border partnership projects.
Several funds have been identified and addressed which could be exploited in some possible co-operation, setting out similarities of challenges between the eight localities. At the same time, discussions were held on the exchange of good practices in the Public-Private Partner field to motivate economic agents to set up and modernize the infrastructure. An opportunity to establish twinning between the participating cities of the working group has been established to discuss technical moments and opportunity. We would like to thank you for the warm welcome of the whole team of Iveşti City Hall, in this case Mr. Cornel Hamza, mayor, former vice-president of Galati County, the trust of the 37 partner localities of Moldova and Romania! We hope to capitalize on these beautiful initiatives in tangible concrete projects for the citizens of the 8 localities with a total population of approximately 45,000 people.