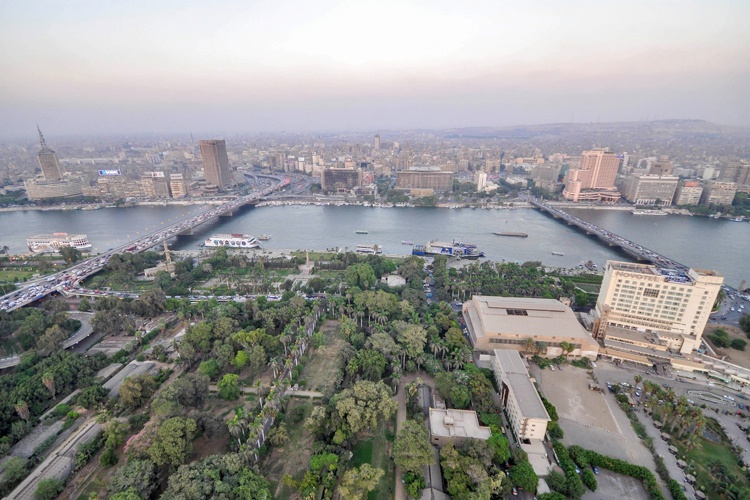 The potential economic benefit from the cooperative use of the Nile’s water is estimated to be worth well over $11 billion—from irrigation and hydropower generation alone. But being able to harness those benefits is a far reach; the Nile Basin—a vital source of drinking water, irrigation, hydropower and transport—has a growing need for infrastructure investments to attain the full potential of this resource. Many of these infrastructure investments need to be coordinated between the basin’s 11 countries to ensure they are creating mutual benefits and are not causing harm to neighboring countries.

The Nile Equatorial Lakes Subsidiary Action Program — Coordination Unit (NELSAP-CU), one of the Nile Basin Initiative’s two investment programs, plays a prominent role in the region’s development. NELSAP supports poverty alleviation, economic growth, and the reversal of environmental degradation in the sub-region through cooperative development and water management. Between 2005 and 2015, we mobilized $90 million of cumulative finance for pre-investment programs (e.g. the Lake Edward and Albert Fisheries Project) and $930 million for investment projects (e.g. the Regional Rusumo Falls Hydroelectric Project).

While we have experience in attracting and facilitating public financing for projects, we have not attracted much in private financing. With growing demand in the region, we wanted to explore the option of Public-Private Partnerships (PPP) to take advantage of private sector technology and innovation as well as to supplement limited public-sector resources.

To better understand the projects that would be attractive to the private sector and how to better prepare the projects for PPP structuring, we approached the World Bank Group for support to develop PPP options and mobilize private investments.

In 2016, the Public-Private Infrastructure Advisory Facility (PPIAF) assisted us in reviewing NELSAP’s pipeline of projects and advancing the projects that could be implemented as PPPs. While we developed a short list of 15 projects to be considered for PPP structuring, PPIAF provided a pipeline screening methodology.

Once the screening methodology was ready, NELSAP’s 10 member countries met in Arusha, Tanzania, in May 2017 to screen the short list, which included a mix of hydropower, inland waterway, and irrigation projects.

Applying the screening methodology resulted in great insights, including which projects offered the best prospects for development as a PPP in the short-term and what would need to be changed in order to develop others as PPPs in the medium or long-term.

In all, learning about PPP screening helped us analyze various facets of each project. From 15 projects, we identified two—the Kakono and Nsongezi Hydropower projects—that were most ready to move forward as PPPs, and the Nsongezi project is now undergoing advanced analysis and planning.

The proposed 39 megawatts Nsongezi “micro” hydropower project would be located on the Kagera River along Uganda’s border with Tanzania and help ease power problems and improve livelihoods of local citizens.

The PPP screening also served to raise the capacity of our member countries, who can now utilize this methodology for a variety of development projects at the national and regional levels.

With limited concessional financing available, involving private finance is critical. Learning to prepare projects in ways that make them suitable for PPP structuring has brought us closer to making these projects a reality—and that brings us closer to our goals of poverty alleviation through economic growth and water security.

An issue brief was developed on the PPP screening process for NELSAP in collaboration between PPIAF and the Cooperation in International Waters in Africa Trust Fund (CIWA) to aid other organizations that may be interested in screening their investment project portfolios for PPP opportunities.