FALCON 9 TO CARRY REMOVEDEBRIS SATELLITE TO ISS ON MONDAY 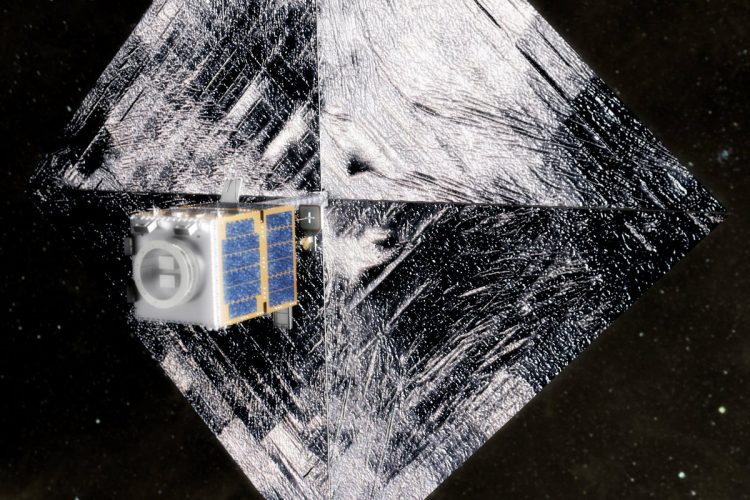 SpaceX is now gearing up for its next launch program where a SpaceX Falcon 9 rocket will be blasted off from Cape Canaveral Air Force Station on Monday. From the launch complex 40, the rocket will travel toward the Internal Space Station carrying some important supplies. With the launch, the European engineers are also gearing up to conduct an experiment to entrap space junk and drive back to Earth.

The mission named the RemoveDebris mission has developed through a public-private partnership work.  It will test the nets and harpoons which will be used in capturing debris present in Earth’s orbit and bring them back to the Earth atmosphere. While making the re-entry into the atmosphere the debris will burn up. This initiative is taken to make space debris free, mainly to reduce junks developed from spacecraft and satellites.

The principal investigator for the RemoveDebris, Guglielmo Aglietti names this project as a proof of concept.  In an interview, Aglietti stated that it will be quite expensive cleaning up space junk but if the commercial companies and government companies can come together then such mission can be possible as it will remove the budget limitation. Aglietti, also the director of the Surrey Space Center affiliated with the University of Surrey and Surrey satellite technology stated “We want to learn more. Even if some experiment doesn’t go exactly as planned, provided we get all the data, it’s still a positive outcome.”

As per the information, the RemoveDebris satellite will be sent to ISS using a SpaceX Dragon cargo. The launch time is at 4:30 EDT.  The weight of the commercial supplies is around 5,800 pounds (nearly 2.6 metric tons). The supplies include food, provisions, and experiments. Among all the supplies, the RemoveDebris satellite weighs around 220 pounds (100 kilograms). The mother-ship of RemoveDebris has a net and a harpoon. Apart from that, it has a laser instrument and a drag sail. It is designed in such way that it can unfurl behind the satellite and will expedite its fall into Earth’s atmosphere with aerodynamic resistance. If everything goes well on Monday, then the RemoveDebris will arrive at the ISS on Wednesday. In the following weeks, the astronauts will unpack other equipment. Previously it was scheduled to launch last year, but company’s officials changed it and decided to send with SpaceX cargo flight.

As per the schedule, the RemoveDebris satellite will deploy from the space station at least week of May, but the date can be changed following future circumstance. Aglietti stated, “The mission will really start once we are deployed out of the space station, hopefully at the end of May.”  It will be the biggest satellite ever launched from the ISS. That’s why NASA is now conducting a detailed examination to make sure that it will not affect any autonomous in the ISS. For the safety of the ISS and the crews, the experiment will start only after the satellite is well away from the ISS. For around first 30 minutes it will stay in a hibernating condition then it will start its checkout process.

Jason Forshaw, the RemoveDebris mission’s project manager at SSTL stated one CubeSats will expand a balloon which will mimic the dimensions of a bigger piece of space junk. Then the satellite will release a net to warp the CubeSat which is named as DebrisSat 1. DebrisSat 2, will help the RemoveDebris satellite to test out navigation technology to capture moving space junks.  It has a LIDAR instrument which can observe debris, and detect all the parameters of debris to capture. Under the experiment, it will test a harpoon which can be used to move dead satellites through the atmosphere.