Averting a gas shortfall in Ukraine through a World Bank guarantee 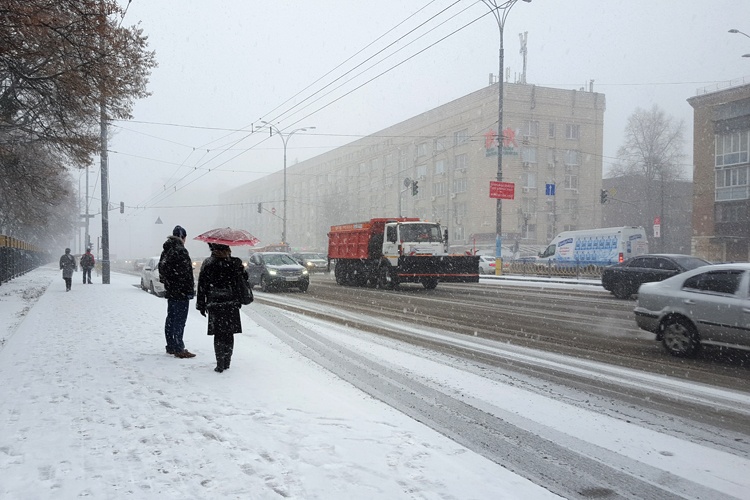 One September afternoon, my boss, Pankaj Gupta, popped his head into my office. He had some ideas about how the novel use of guarantees might help solve a type of problem we had not faced before. The Energy and Extractives Global Practice had received a request from Ukraine. The problem was the country was heading into the 2014/15 winter with a large gas shortfall.

These were not easy times for Ukraine, which was in the throes of armed conflict on its Eastern border. With an economy in turmoil, the credit rating agency, Standard & Poor’s, had dropped Ukraine’s credit rating two notches in the last year. The rating now languished at CCC, or very speculative and non-investment grade. This made finance, the life-blood of service delivery, difficult to access and expensive.

Even though I am decades into my career, I had not been at the World Bank very long. What I came to observe was the «Bank» at its very best. An urgent problem had arisen, a team was being mobilized and an initial scoping «mission» was being put together. The security backdrop for Ukraine at the time was for essential missions only, which only helped underline the importance of what was being asked of us.

Soon enough the mission team landed in Kyiv late on a Sunday night. We visited the offices of Ukraine’s state gas utility, Naftogaz, first thing the next morning. What we found were a team of earnest professionals, some of whom were quite new to their roles. They faced a Herculean task of finding a way to shore up the near 40% shortfall in gas needed for the coming winter.

How had things come to this? Russia and Ukraine had supplied each other with gas during Soviet times. Ukraine’s gas fields eventually declined, and Russia became Ukraine’s main gas supplier. The empty gas fields became major gas storage reserves, the third largest in the world behind the United States and Russia. Ukraine is also at an energy crossroads given that Russia supplies a sizeable proportion of Europe’s gas. Much of this gas is sent through a transit pipeline that runs across Ukraine. Following repeated supply interruptions, Naftogaz decided that it needed to diversify its sources of gas supply. It had started buying gas from suppliers in Western Europe.

Diversifying gas supply helped to solve one problem, but other problems emerged. Naftogaz did not have the credit strength for suppliers to accept payment after delivery. This is a big problem given the massive sums involved. Every day of mismatch between when suppliers are paid and when customers pay their bills increases working capital. That working capital was not only expensive; the amounts needed were simply not available.

Constrained gas infrastructure on Ukraine’s western borders made these credit and liquidity problems worse. Naftogaz needed to pump gas through this infrastructure at close to full capacity during the summer months. Customers don’t need much gas during summer, so Naftogaz’s revenues decline. This means the company experiences something of a financial drought during this period.

The team wanted to avoid gas saving measures being imposed, such as district heating systems being set at just 16 degrees Celsius. With 12 million people depending on a heating supply, the humanitarian implications were not lost on us.

The winter turned out to not be as cold as feared and this bought time to solve the problem. The solution was a joint product of the Naftogaz and World Bank teams, who consulted widely with gas suppliers and banks. Support from the European Investment Bank and the European Bank for Reconstruction and Development was also pivotal to success. The World Bank’s sister organization, IFC, also stood ready to help out.

Days spent together around tables and whiteboards paid off when a scheme finally started to form. The essence of the solution was a €478 million revolving facility funded by Citi and Deutsche Bank. The facility gets disbursed through letters of credit (L/Cs) being issued to gas suppliers. These can be called when the gas the L/Cs relate to gets delivered. An L/C that is called becomes a loan to Naftogaz. That loan needs to be repaid in the following year. Repaid amounts get recycled as new L/Cs during an availability period, which allows the Facility to revolve. If a scheduled repayment is missed, the lenders can eventually call on the World Bank’s guarantee for full payment of principal and interest. Several layers of defense were built in to provide protective measures. A more detailed description of the transaction can be found here.

The World Bank-supported Facility was launched in 2016 and Naftogaz started using it to buy gas soon after. The facility is working as planned and the people of Ukraine are the real beneficiaries. This is the best bit, because people outside my work sometimes question how much of a relationship there is between World Bank guarantees and the «real world.» It’s not an easy relationship to see, I admit, but there are many examples happening behind the scenes at the World Bank. The Ukraine Gas Supply Security Facility is one of these.