AS STATE RUNS OUT OF CASH, PRIVATE COMPANIES MOVE IN TO BUILD NEW ARCTIC INFRASTRUCTURE 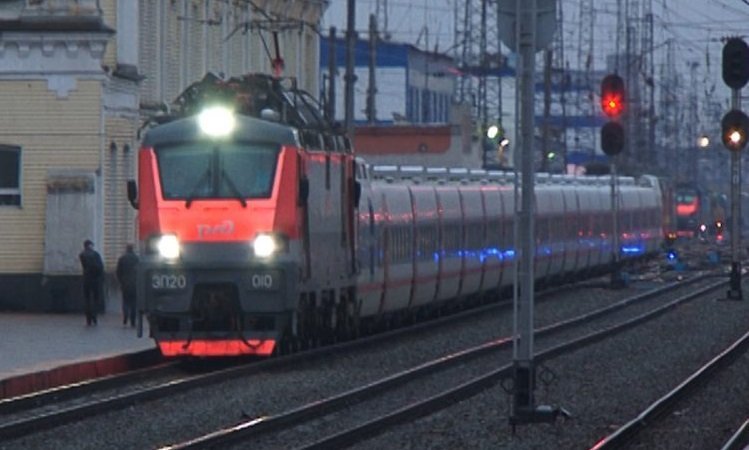 New Russian railway lines leading to the Arctic Ocean will heavily depend on private investments.

The 707 km long Northern Latitudinal Passage will connect Russia’s Ural and West Siberian region with the Northern Sea Route and prepare the ground for additional big out-shipments through Arctic waters.

It will link two of Russia’s key existing Arctic railway lines, the Northern Line from Arkhangelsk and the line between Nadym and Tyumen. In addition comes a 170 km long line between Bovanenkovo and Sabetta on the northern tip of Yamal Peninsula.

It is long-desired project for Russian authorities. But it comes with a price which exceeds the capacities of the increasingly cash-strapped government budget. Investments are estimated to as much as 236 billion rubles (€3 billion).

A public-private partnership is the answer, Moscow says. In a government decree signed in February this year, Prime Minister Dmitry Medvedev makes clear that the Northern Latitudinal Passage will be built based on a concessional agreement, which will give the investor exclusive rights over usage in return for costs for construction and maintenance.

It is Gazprom that is the key component in the deal. The company, which holds major natural gas reserves in and around the Yamal-Nenets region, in March 2017 signed a cooperation agreement with federal company Russian Railways over the Northern Latitudinal Passage. Gazprom from before operates the 525 km railway line between the stations of Bovanenkovo and Obskaya, a key infrastructure for the major natural gas field developments in the Yamal Peninsula.

More stakeholders are onboard. According to regional leader Dmitry Kobylkin, the Yamal-Nenets Autonomous Okrug is ready to cover the lion’s share of construction costs related to the projected 40 km long bridge across the Ob River.

Kobylkin confirms that construction workers will head north in 2019 and start bridge building. They will go straight from the Crimea where they currently are building a bridge the Kerch strait, he told regional news agency Sever Press.

It is Sabetta, the new sea port in the Yamal Peninsula, which ultimately will be the end station of the new railway project, Kobylkin underlines.

«The regions need access to the World Ocean, and the access point in only one — through the port of Sabetta», Yamal-Nenets Governor Dmitry Kobylkin says in a statement. «The huge industrial complexes of the Urals could get a short-cut and deliver to Sabetta any kind of goods and from there ship it out to the World Ocean», he underlines.

Not only will the Northern Latitudinal Passage be financed by private companies. Also the new 46 km long railway line along the Kola Bay will depend on non-state investors.

During his visit to Murmansk in April 2017, Prime Minister Dmitry Medvedev made clear that project revisions are needed and that private investors will have to be more involved. At a meeting with President Vladimir Putin in August the same year, Transport Minister Maxim Sokolov informed that the project lacked 23 billion rubles.