A portrait of PPPs in Latin America 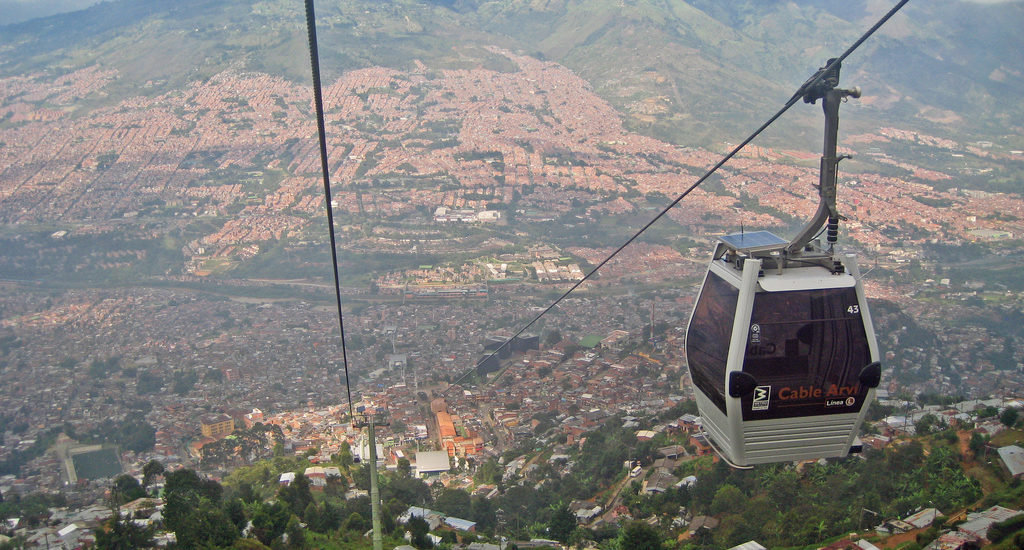 As in many regions, countries in Latin America and the Caribbean are underinvesting in infrastructure—spending in the sector is only about half of the $300 billion needed annually to encourage growth and reduce poverty. Addressing this issue involves the successful interaction between public officials and leading infrastructure actors, particularly in the private sector. Stimulating such public-private dialogue is a priority for the Inter-American Development Bank (IDB) Group, a technical partner of the Global Infrastructure Facility (GIF). Along with other partners, our recently established PPP unit supports governments, international financial institutions, and the private sector to develop infrastructure projects.

It was therefore a privilege for me to moderate a panel on country infrastructure programs in Latin America at the GIF’s annual Advisory Council meeting in April 2017. We covered three countries—Colombia, Argentina and Peru—at different stages of PPP market development. The findings were encouraging and illustrate a path forward for other countries in the region:

In the last six years, Colombia has made significant progress in developing PPPs—including the development of the Fourth Generation (4G) Toll Road Program—to stimulate private capital for infrastructure investment. For example:

These changes, which incorporated the lessons learned from past PPPs in the country and the region, have already yielded positive results with a growing list of successful transactions. For example, the 4G Program has led to 32 projects with a total investment of $18 billion, including innovative bond issuances. Moving forward, ANI is planning on investments of $33.9 billion through 2025 for the transport sector alone.

Following the sovereign default in 2014, Argentina has spent the last year focusing on its return to the international financial market. The government has removed capital and repatriation restrictions, implemented a tax amnesty scheme, and created the Argentina Investment and Trade Promotion Agency. The government also established cross-party political consensus to strengthen the legislative framework with a new PPP law (2016) and an accompanying regulatory decree (2017). Significantly, this framework creates a centralized PPP Unit within the Ministry of Finance. Argentina’s pipeline includes $169 billion of investment in infrastructure, including $48 billion in roads and $34 billion in the energy sector.

Following the award of 76 PPPs between 2004 and 2016, Peru has updated its legal and institutional PPP framework to generate higher quality projects. Significantly, the changes include strengthening the independence of Proinversion, the agency that promotes private investments in public services and infrastructure through PPPs. Members of the Board of Directors are independently appointed; the role of the Ministry of Economy and Finance (MEF) in the PPP cycle is more sharply defined; anti-corruption provisions are included; and the capacity of the sector and subnational PPP agencies have been expanded. Also, for the first time in Peru, infrastructure plans include explicit medium-term planning. The two-year planning horizon of the PPP portfolio includes investments of $14.6 billion, mainly focused on transportation ($9.6 billion) and energy ($1.1 billion).

These cases illustrate the long-term commitment that successful PPP programs require.  Close collaboration between the public and private sectors is necessary to enhance the regulatory framework and launch new PPP programs. They provide helpful models for other countries in the region at different levels of advancement in their PPP programs, and illustrate the range of coordinated activities needed to launch  PPP programs and deliver robust portfolios. At IDB, in coordination with the GIF, we look forward to continuing to prepare sound, bankable projects, backed where necessary by our public and private financing solutions.

Disclaimers:
The content of this blog does not necessarily reflect the views of the World Bank Group, its Board of Executive Directors, staff or the governments it represents. The World Bank Group does not guarantee the accuracy of the data, findings, or analysis in this post.

The views expressed in this blog are those of the author and do not necessarily reflect the views of the Inter-American Development Bank, its management, its Board of Executive Directors or its member governments.

How to foster a more inclusive environment for SMEs in PPPs?
Future-Proofing Resilient PPPs