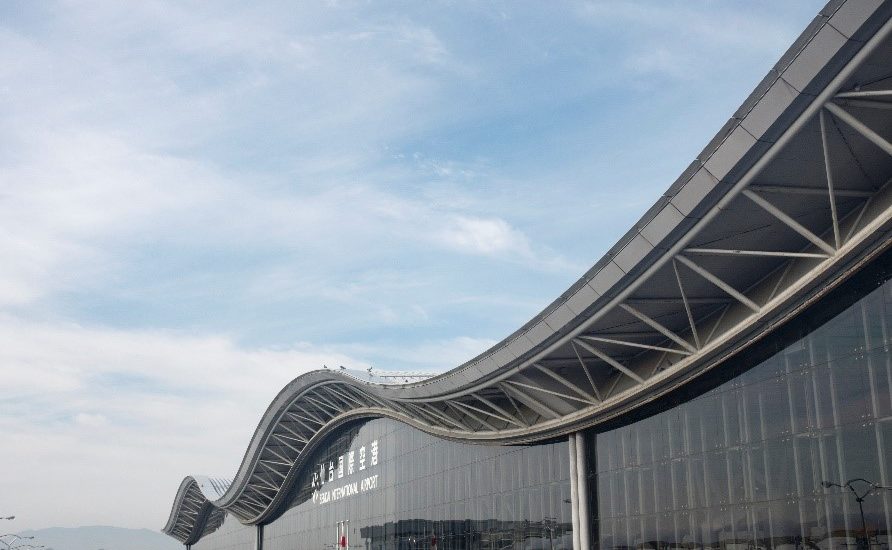 Sendai International Airport, which resumed its activity after the earthquake in 2011
Source: PIXTA
In March 2011, the Great Japan Earthquake hit Japan, and the number of victims and missing persons reached nearly 20,000. Sendai, the center of Tohoku’s economy in Prey Prefect’s capital, Miyagi Prefecture, suffered great damage from the earthquake. Approximately 500,000 citizens were unable to use the water service, and the Sendai City wastewater treatment plant was submerged by the tsunami. Also, due to the destruction of 325 km of the railway system from the Tohoku coast by the tsunami, about 100 km of the highway was flooded, the means of transport to the area of ​​the disaster in need of support were immediately cut off.

Four years after the earthquake, as efforts to recover from the earthquake and the tsunami continue, the private consortium has acquired the operating right (concession) of Sendai Airport for 30 years and is run by private enterprises for the first time in the country Born an airport. This success was surprised by decision-makers and public-private partnership (PPP) officials. How can a private business operator make long-term investment decisions in areas with many natural disasters?

Through Public Private Partnership (PPP), the government will be able to work with private sector partners that can provide funds for infrastructure investment, administrative control skills and expertise to deal with natural disasters. The use of private funds is particularly important in developing countries where there are many natural disasters and access to basic infrastructure is not enough and Maximizing Development Financing (World Bank Group Maximizing Development Financing) It is a match.

Disaster risk / climate change is an inherent risk for infrastructure projects and appropriate management is needed to attract private investment. Japan’s experience is to manage disaster risks and provide insight into how disaster preparedness and emergency response measures have been strengthened in PPP. For example, in Sendai City, when analyzing Value for Money (the idea of ​​providing the most valuable payment service), (i) where the project is used as public works and (ii) private operators are BOT- In the case of construction and management of facilities, including emergency response, we compared and examined two cases by a discovery method, including disaster risk and hardness. Sendai City concluded that PPP (BOT) has advantages over conventional government work by local governments in terms of saving municipal human resources and time needed for disaster response.

In addition, based on the lessons learned from past disasters, Sendai City has introduced clear clauses that set numerical standards in PPP contracts (for example, the force clause triggered by earthquakes of 6.5 or greater). done it. This will encourage private enterprises to (i) reduce disaster risk management uncertainties, (ii) consider disaster mitigation measures at the planning stage, and (iii) encourage immediate disaster response at the time of disasters A becoming one.

In addition, as a measure to encourage investment in disaster prevention in the private sector, Sendai City does not meet the performance specifications and standards based on Miyagi earthquake lessons in 2005, and if the plant is deficient, we have formulated a contract reduction policy for private enterprises .

The access road to the Kansai International Airport operated by the private sector
Source: PIXTA

The lesson learned in this case is the study report «Strong PPP Infrastructure: Learning from the Japanese Experience». The report covers a wide range of important topics such as political and legal framework, project structure, procurement, financing and insurance role, and also analyzes the main issues related to the development of the following strong infrastructure infrastructures.

Identify and share actual risks between the public and private sectors
Long-term contract management in PPPs in the presence of uncertainties
Commercial and Financial Projects for the Cost of Investments in Enhancement Ensure a viable feasibility
Case studies were carried out by the Global Infrastructure Facility (GIF) and the Tokyo Disaster Reduction Center and by the Joint Japan-World Bank Disaster Reduction and Public-Private Infrastructure Advisory Facility (PPIAF) -a.

Governments that oversee disaster prevention and infrastructure development measures need to identify and implement implementation methods to encourage private investment for technically and commercially sustainable infrastructure enhancement. GIF, a platform for effective communication between the government, the private sector, international development financial institutions and other stakeholders, is working with the Tokyo Disaster Reduction Center and Global Fund for Disaster Reduction within the World Bank (GFDRR) as an institution that supports dialogue and effective implementation to achieve it.