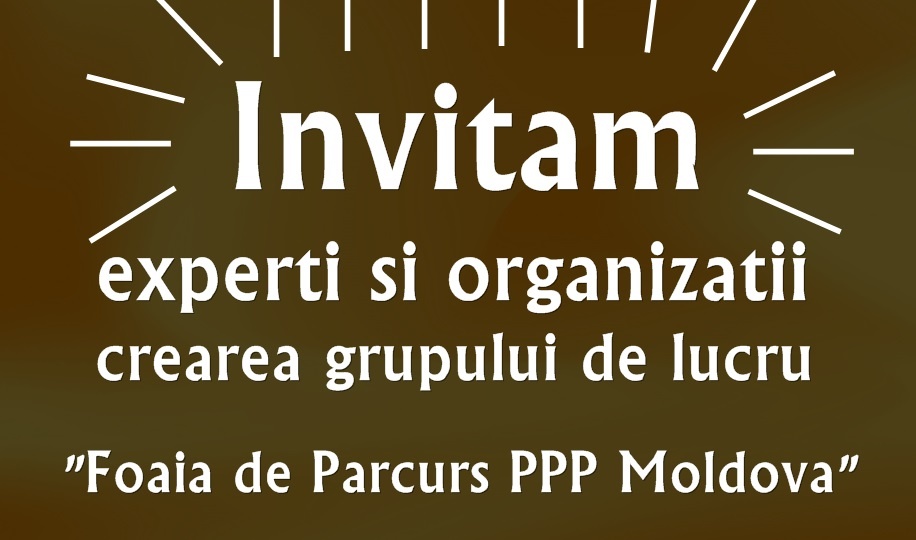 A.O. The Project Development and Expertise Institute informs you about the 20 November 2017 Conference on «Improving the climate of PPPs in Moldova under the program developed by IDEP Moldova» Funds for Moldovan APL «».

Exceeding barriers to large-scale PPPs at local and regional level;
Regionalization of PPP projects to create increased interest;
Organizing roundtables to identify stakeholder expectations for PPPs in Moldova;
Setting up the working group for the implementation of the PPP Moldova roadmap;
The conference was attended by about 100 people, representatives of the organizations interested in the subject of Public-Private Partnerships in Moldova. The conference highlighted the increased interest in the subject of PPPs, which is currently underdeveloped. Prospects have been set in the context of regional development with major IMPACT — sustainable jobs and access to the modern infrastructure of the population.

We would like to thank all speakers and participants at the Moldova PPP Climate Improvement Conference organized by IDEP Moldova under the program «Funds for Moldovan APLs».

Thanks to the IDEP Moldova team and we hope together to create a favorable climate for the realization of PPPs in Moldova for sustainable jobs and the access of the population to modern infrastructure! Infrastructure is not a luxury, it is a service that can and must be procured from the private operator that is dynamic, modern and efficient!

We invite you to be part of the «PPP Moldova Roadmap» working group. The deadline for joining the platform is January 15, 2017. The platform is a civil society initiative that aims to establish the expectations and conditions of the four stakeholder groups to strengthen PPPs in Moldova:

A.o. The Institute for Project Development and Expertise is designed to create best practices through training, project expertise, certifications and solutions for local, regional and national development. The development of this concept of PPPs was inspired by over 300 Moldovan primaries with which we actively cooperate over the 5 years of existence of IDEP. At local level, most of the projects require less bureaucracy, and the impact could be a major one — risk-sharing for certain public and private challenges.