Conference «Improving the climate of PPP in Moldova

We invite you on 20 November 2017 at the Conference «Improving the climate of PPPs in Moldova under the program developed by IDEP Moldova» Funds for Moldovan APLs «».

Moldova, Chisinau, V Continental Business Center
Dimitrie Cantemir Boulevard 5/4, Summit Event Hall 2 floor
Date of deployment: 20 November 2017, 09: 00-19: 30
Access: Only based on previous invitations and entries
Costs: Participating in the event is free of charge for participants
Details of partnership or sponsorship packages at info@pppmoldova.org
Exposing the stands (rollup, …) or distributing information at the event only with prior coordination with IDEP organizers at +373 22 271313, info @ pppmoldova.org.
Language of the Conference: Romanian with simultaneous translation in English. 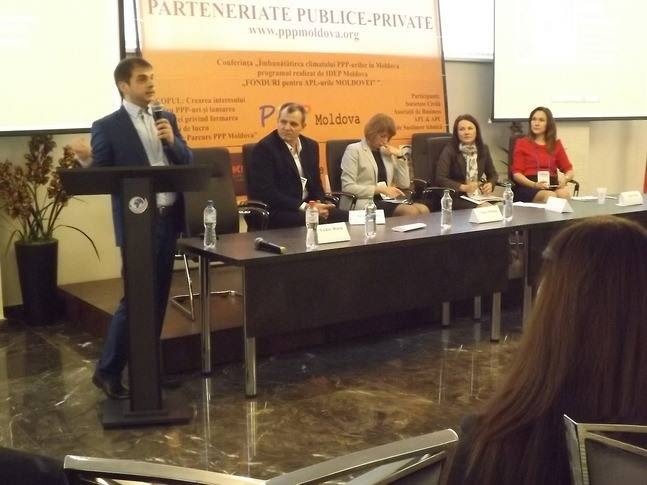