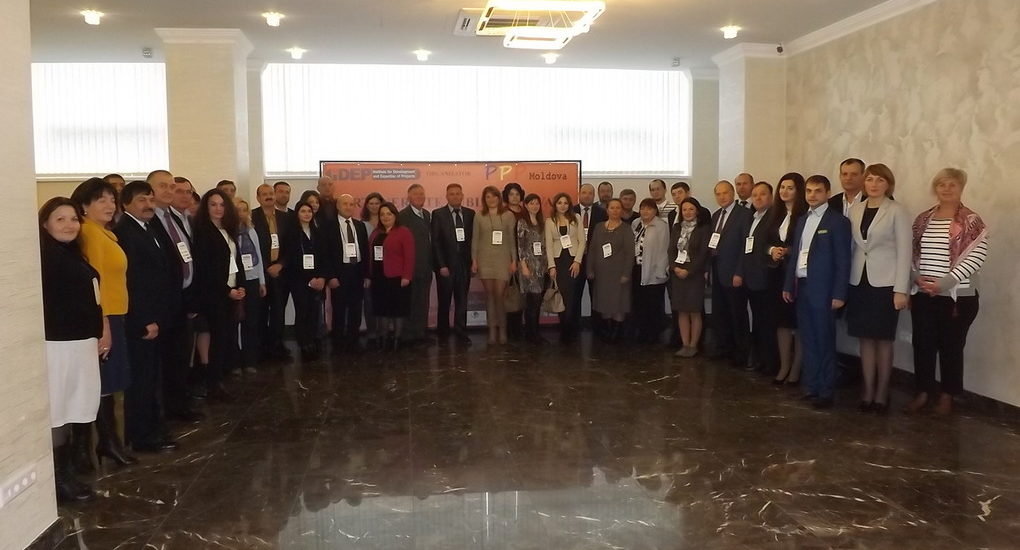 On November 20th was held the Conference on Improving the Climate of PPPs in Moldova, organized by IDEP Moldova under the program «Funds for Moldovan APLs».

It was a practical event in which three possible projects to be replicated in the country were presented, namely:

At the same time, there were also representatives of the PPP projects already implemented in the country that were among the PPP debut projects in Moldova, from which the participants could learn constructive feedback. A practical day during which we exposed possible projects, we had the part from the employers’ organizations and contributed to creating the interest for PPPs as a regional development tool.

All the materials exhibited at the Conference are displayed on the www.pppmoldova.org platform.

We invite you to join the PPP Moldova Roadmap working group, project promoters, PPP tenderers or even partners. The principle applied to the 7 cluster cities may and should be applied by the parties involved in the regional development process.

Thanks to the Idep Moldova team and we hope together to create a favorable climate for the realization of PPPs in Moldova for sustainable jobs and the access of the population to modern infrastructure! Infrastructure is not a luxury, it is a service that can and must be procured from the private operator that is dynamic, modern and efficient!

Thank you and We are waiting for you on www.pppmoldova.org